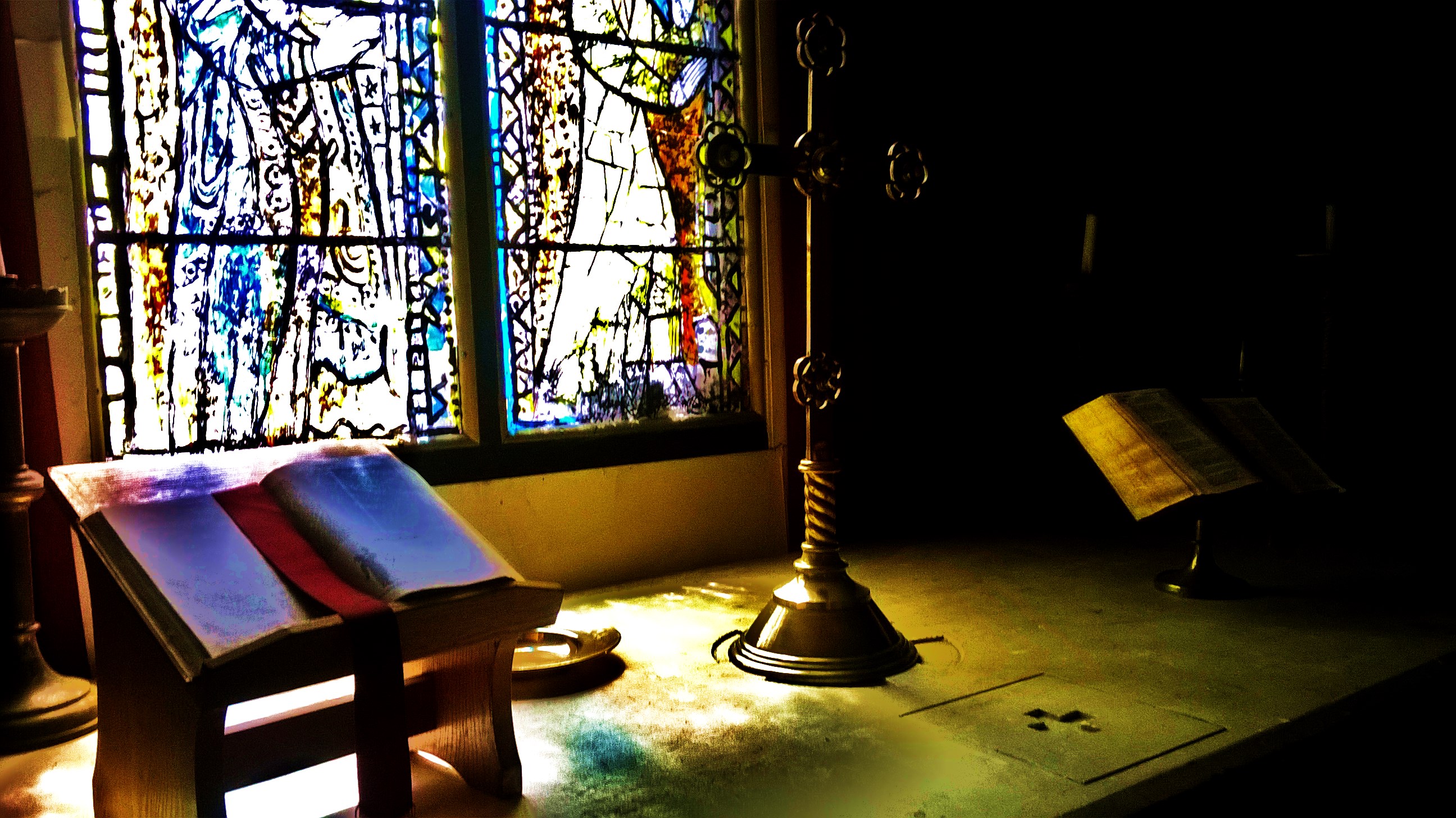 Starting life in 1863, a corrugated iron church construction in North West London set about a new course in the 1950s when its interior was transformed to resemble a naval ship.

THE TIN TABERNACLE TIMELINE
Until the mid 19th century most of Kilburn was farmland.
1857 James Bailey, a local developer, entered into a Building Agreement with the
Ecclesiastical Commissioners. This included the development of Cambridge Avenue
(then called Cambridge Road) forming part of the Kilburn Estate.
1862 James Bailey granted a lease to Rev. Woodhouse and the Trustees of
Cambridge Road Chapel to build an iron church for Church of England worship at a
cost of £1000. The agreement was to build a stone church or a row of 3 terraced
houses by Michaelmas 1868. The Church paid a yearly rent of £32.
1863 The ‘Iron Church’ was constructed and was initially called St James Church.
The manufacturer of the church is currently unknown.
1864 A caution was issued to Rev. Joseph Irving officiating at a dissenter’s church
called St James Church, Kilburn.
1870 James Bailey surrendered the deed of the Iron Church and the building was
vested in the Ecclesiastical Commissioners.
1872 The building was known as the St James Free Church of England, a
nonconformist denomination. Between 1870 and 1872 the Church had as its minister
Rev. A.B. Attenborough.
1875 The local Congregational Church relocated from a chapel on Percy Road and
the building was renamed the Kilburn Congregational Church, minister Rev. J.
Atkinson.
1877 The Rev. T. Milner became the minister of the Congregational Church. The
Church had a debt of £500.
1879 The Rev. J.H. Clews became the minister of the Congregational Church. He
began to pay rent to the Ecclesiastical Commissioners.
1880s The Cambridge Road Choral Society met regularly at the Congregational
Church. During this period the Church provided popular entertainments of various
kinds, particularly concerts and lectures.
1883 The Church proposed to build a school abutting the Iron Church. This was
vehemently objected to by the local community and permission was refused.
1890-1900s Various special services were held by Josiah Spiers, founder of the
Scripture Union, an organisation which focused on sharing the Bible with children
and young people and still exists today.
1894 By June of this year the Iron Church had fallen into disuse. The lease
remained with Rev. Clews, but the building was taken on by another local Christian
group and was now called Cambridge Hall. Services were held on Sundays and
Wednesdays and Bible classes held separately for men and women on Sundays. The
congregation at this time totalled about 300.
Early 1900s Various lectures were held at the Cambridge Hall.
1915 Rev. Clews died and his executors sold the leasehold to Mr Ernest Bray and
Mr Reuben Jackson for continued use as a Religious Hall.
1928 Scripture Text Carriers marched from Cambridge Hall to Trafalgar Square.
1900s-1940s Over this period there are various references to Cambridge Hall being
used by the Plymouth Brethren.
1939-1943 Cambridge Hall closed at the outbreak of WWII.
1941 HMS Bicester, an escort destroyer of the Type II Hunt Class, was launched.
1943 A new lease was granted to the YMCA for the ‘religious, mental or physical
training of the youth of both sexes’. They never used the building.
1948 The lease for Cambridge Hall was assigned to the Willesden Sea Cadets Corps
for use as a ‘training quarters and social club’. The site became known as the Lord
Lloyd Memorial Hall after Lord Lloyd Dolobran, a member of the Navy League who
had died in 1941.
1956 The HMS Bicester was scrapped at Grays, Essex.
1956-1960s The interior of the Lord Lloyd Memorial Hall was fitted out to
represent the decommissioned naval ship HMS Bicester. The hall is also known as the
TS (Training Ship) Bicester.
1960 The Ecclesiastical Commissioners transferred the Deed to Willesden Borough
Council. This included a separate adjoining parcel of land to the rear of the site that
had possibly been used as a stables.
1961 Lease of the site was granted to the Willesden Sea Cadets.
1964 The film Becket, starring Peter O’Toole and Richard Burton, was released. It
was filmed at Shepperton Studios and at an unknown date parts of the set were
relocated to create the TS Bicester’s Ship’s Chapel.
1960-1980 At some point over this period the original spire was lost, through
damage, deterioration or theft. The exact design of the spire is at present unknown.
1998 The building was listed as Grade II. It is listed as Cambridge Hall, Kilburn.
The site was sold by Brent Council to the Paddington Churches Housing
Association Ltd.
1990s to present The building is used for a variety of community and other
events: cinema, folk club, gallery, event/location space, rehearsal and performance
space.
2011 The Willesden Sea Cadets ceased operating at the Lord Lloyd Memorial Hall.
2019 The list description was amended to recognise the special historic significance
of the naval interior.